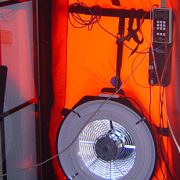 It’s well known that as homes age, and settle drafts and leaks can start to grow. These will typically cost you a lot of money. You’ll need to spend more to keep your home heated, particularly if warm air is escaping and cold air is blowing through. This issue can also occur if a construction project alters the envelope of a property.

What Does A Blow Door Test Involve?

Well, the process is quite clever. Using a box in front of your door, you change the air pressure of the home. It simulates a windy atmosphere that highlights air blowing through your home caused by leaks.

You shouldn’t try and find the leaks yourself. Instead, an expert will find them for you by checking out your home. Usually, they’ll be looking for tiny cracks that air will be blowing through to fill the vacuum caused by the test.

Why Do You Need One?

By sealing the drafts, you can tighten the home envelope. That allows you to trap more heat inside the property. It can also provide some info on the level of air quality in your home. You’ll be able to find out how much ventilation you need to keep air quality levels high.

Of course, these drafts can trigger more issues than just heat loss. Through a blower air test, you might discover that you have issues with moisture. Problems like this can be harmful to your health.

Owners with homes that are ten years old or more should definitely have a blower door test. These homes are the most likely to have the drafts we’re talking about.

Signs And Common Places To Search

There is a range of different places around the home where leaks are commonly found. These include:

It can be difficult to tell if your home has leaked. But there are signs.

Cobwebs and pests are common with leaks because insects and beasties can enter through them into your home. Of course, you’ll also notice a drop in the temperature around these areas and maybe even a light breeze.

Is There Any Reason I Can’t Have A Blower Door Test?

There are three main reasons why you can’t have a blower door test:

With a blower door test, you can save money, improve your home and get rid of some nasty problems. It’s a highly recommended solution, particularly for older homes. 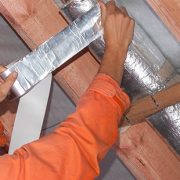